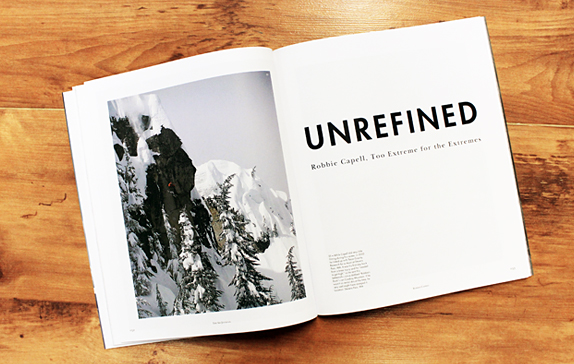 To this day the only skier ever sponsored by Seattle’s Snowboard Connection, Stevens Pass-based Robbie Capell’s massive backflips and rowdy straightlines impressed the best skiers of his era—and in 1993 earned him a “too extreme” designation from the World Extreme Skiing Championships in Valdez, AK. While Capell’s humble and quiet demeanor failed to propel him to stardom amongst the flashy freeski scene of the ʼ90s, the Pacific Northwest’s low-key legend proved himself an athlete a decade ahead of his time.

Robbie Capell is standing above his line in Valdez, AK, and someone just died.

It’s the 1993 World Extreme Skiing Championships, and at the contest three days prior Robbie watched fellow competitor William Madsen duck a rope line and suffer a fatal fall when a cornice broke. While his nerves should be shot, Robbie is ready.

Dropping in off a sharp ridge, Robbie flashes a few zig-zagging jump turns—most of the other competitors have chosen extremely steep technical lines, Doug Coombs even rappelling into his—but jump turns aren’t Robbie’s style. He points it, straight-lining through a peppery and sketchy face, holding it together before laying out a massive, 60-foot backflip. Robbie blows up and loses a ski, but it doesn’t matter. No one other competitor will do anything close…and no skier will for another half-decade.