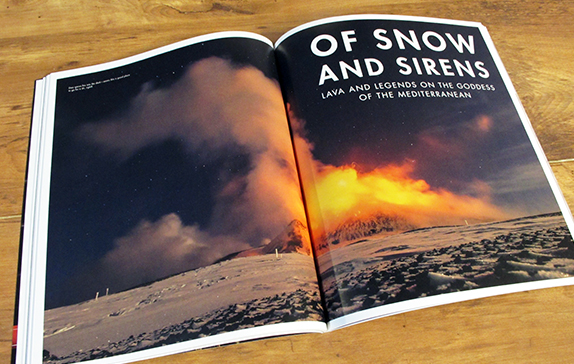 Located off the toe of the Italy’s boot, the island of Sicily is the birthplace of the Mafia, home to thousands of years of human history, and a perfect place for history buffs or warm-weather-seeking tourists. Looming above it all is Mount Etna, the largest and most-active volcano in Europe, where daring skiers can brave lava and legends for some of the most surreal turns in the world.

The Italian island of Sicily, the largest in the Mediterranean, sits like a triangular soccer ball off the toe of Italy’s boot. With a human history dating back nearly 10,000 years, it is full of bustling Greek and Roman cities, the ruins of which litter the country in number and grandeur to rival the Italian mainland. It is the birthplace of the Mafia, the most notorious and successful criminal organization in modern history. As one of the richest agricultural areas in the Mediterranean it can boast olives, oranges, lemons, almonds and the most wine production of any region in Italy (albeit without the tastiest of reputations and the majority of which doesn’t leave the island). Rimmed with picturesque, idyllic beaches, it is a warm-weather destination for travelers worldwide, seeking squid-ink pasta and relaxation.

Looming above it all, at the smoking and sulfurous top of the 10,925-foot volcano Mount Etna, Sicily is also a home to nearly 2,500 vertical feet of snow—and, on a good year, skiing…