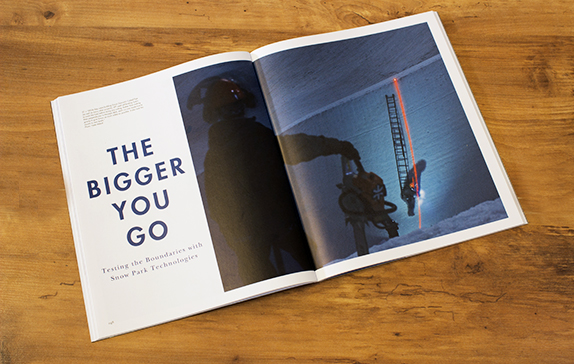 Terrain parks arguably saved skiing during the newschool revolution of the late ’90s and early 2000s, and no one has been as vital to that movement as Snow Park Technologies (SPT). Having created every Winter X Games course since the event was first held in 1997 and having designed some of the most basic shaping tools and park features of their craft, SPT are the artists you’ve never heard of, literally molding the landscape of modern freestyle movement and permanently changing the face of ski hills—and skiing—forever.

It all starts with a few flakes.

Soon it’s an inch, then a dozen, the trillions of particles amassing to change the mountain landscape, eventually starting the season and kicking off months of snow-centric obsession. Ideally, that means skiing wherever the snow falls, riding the waves of Old Man Winter’s bounty and the whims of your imagination. For many skiers, those few flakes are the beginning of true freedom. In reality, however, theirs is a world bound by place and the fancies of the storm. It’s freedom, but only as far as nature allows.