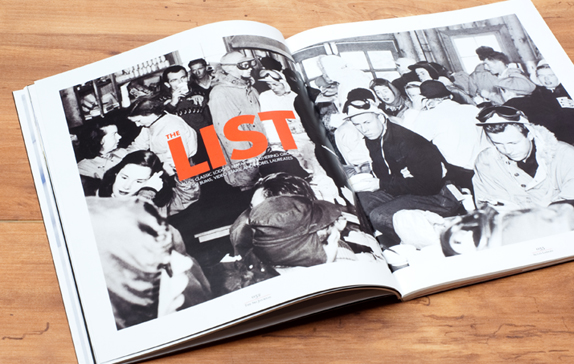 Little has changed at Alta over the past seven decades thanks in large part to the efforts of 90-year-old Bill Levitt, the town’s former mayor and current owner of the Alta Lodge. It’s Alta’s strong anti-resort leanings that keep the faithful returning season after season, or, in the case of Dan Withey and others, staying for good. Jill Adler paints a picture of the lodges and faces that make Alta an epicenter of North American skiing.

“The story goes: there was an 11-year-old boy playing with the fire extinguisher in the hallway of the Alta Lodge. Apparently the child often wreaked havoc during his frequent stays with his family. Finally, the owner of the Lodge approached him and told him he’d have to take his name off the list. ‘What list?’ the boy asked with attitude. ‘The list of those who can come and work here when they’re older,’ the man replied. The child looked surprised and distressed. After a moment he asked softly, ‘If I’m good will you put my name back on the list?'”