I called bullshit when DPS Skis launched Phantom on Kickstarter. I guess you could say I am a skeptic by nature. A year and a half ago, I casually browsed Kickstarter for the latest and greatest crowd-funded invention. I’ve backed all sorts of projects over the years from a no-mess French Press (that doesn’t work) to documentaries and self-published book projects. I love Kickstarter.

DPS, the Salt Lake City powder ski company, caught my eye with their crowd-funding project calling for a waxless base…something or other. They claimed, “DPS Phantom is a permanent, one-time application base-coating that forever eliminates the need for waxing skis and snowboards.” I nearly spit out my coffee. Who did these guys think they were? 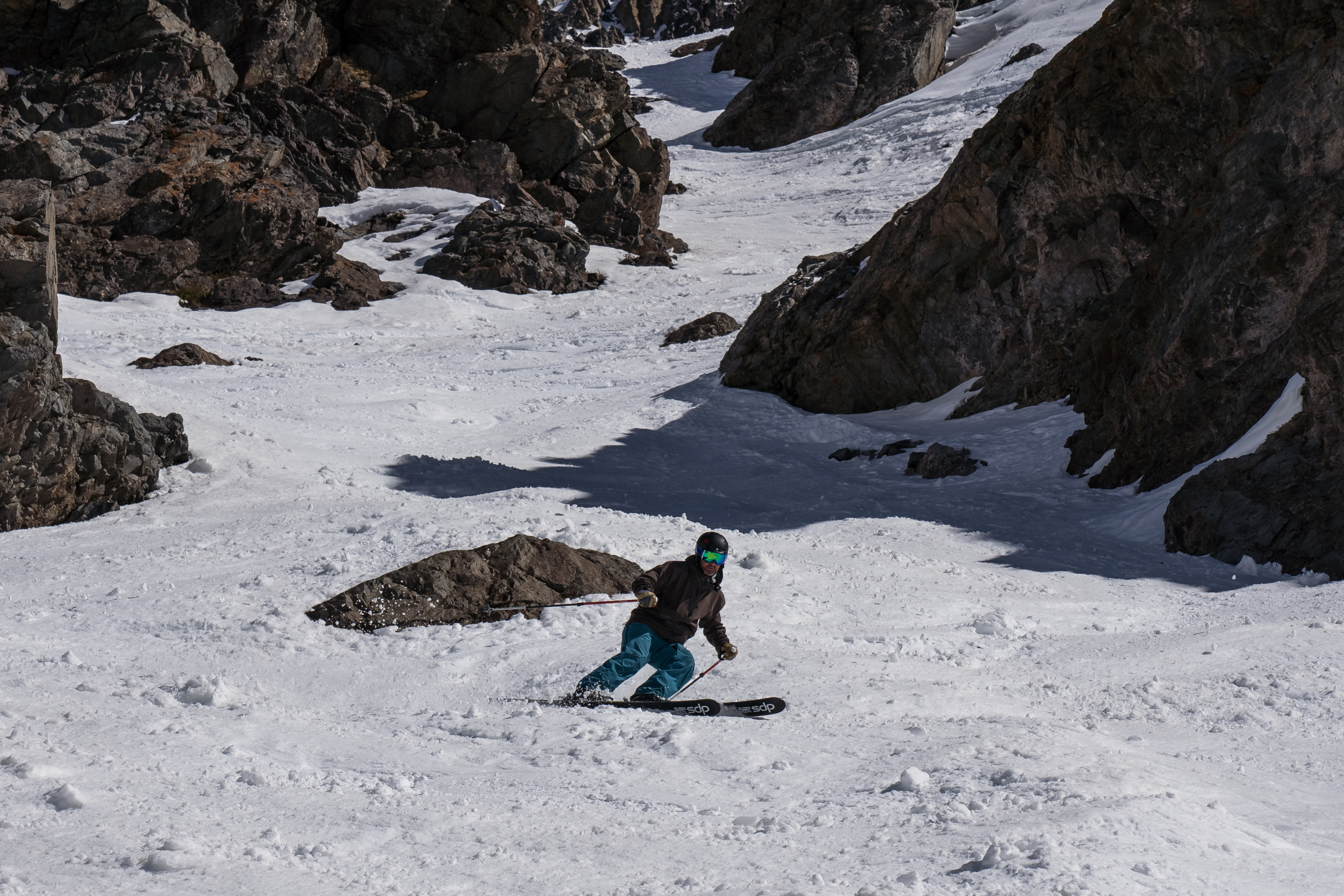 The ski world is small and word quickly spread about DPS’ new proprietary, wax-less glide goo.  A rival ski manufacturer told me he’d seen a similar product at a European tradeshow, that it was nothing but a gimmick. Another told me Phantom needed to cure in the sun for a week and cloud cover would affect the application’s evenness therefore affecting the glide of the ski, perhaps ruining the bases forever. Another told me Phantom was the second shooter in the JFK assassination.

The ski world is small and a little bit like a high school rumor factory.

Last summer, at the invitation of Alex Hunt, a fellow Deadhead and DPS’ PR guy, I headed down to Portillo, Chile, to test Phantom. My ski friends in Squaw and I joked how silly it was to go on a press trip to test ski wax. But whatever, man. Free trip to the height of luxury with some ski buddies to test a wax? Sure. Let’s go. 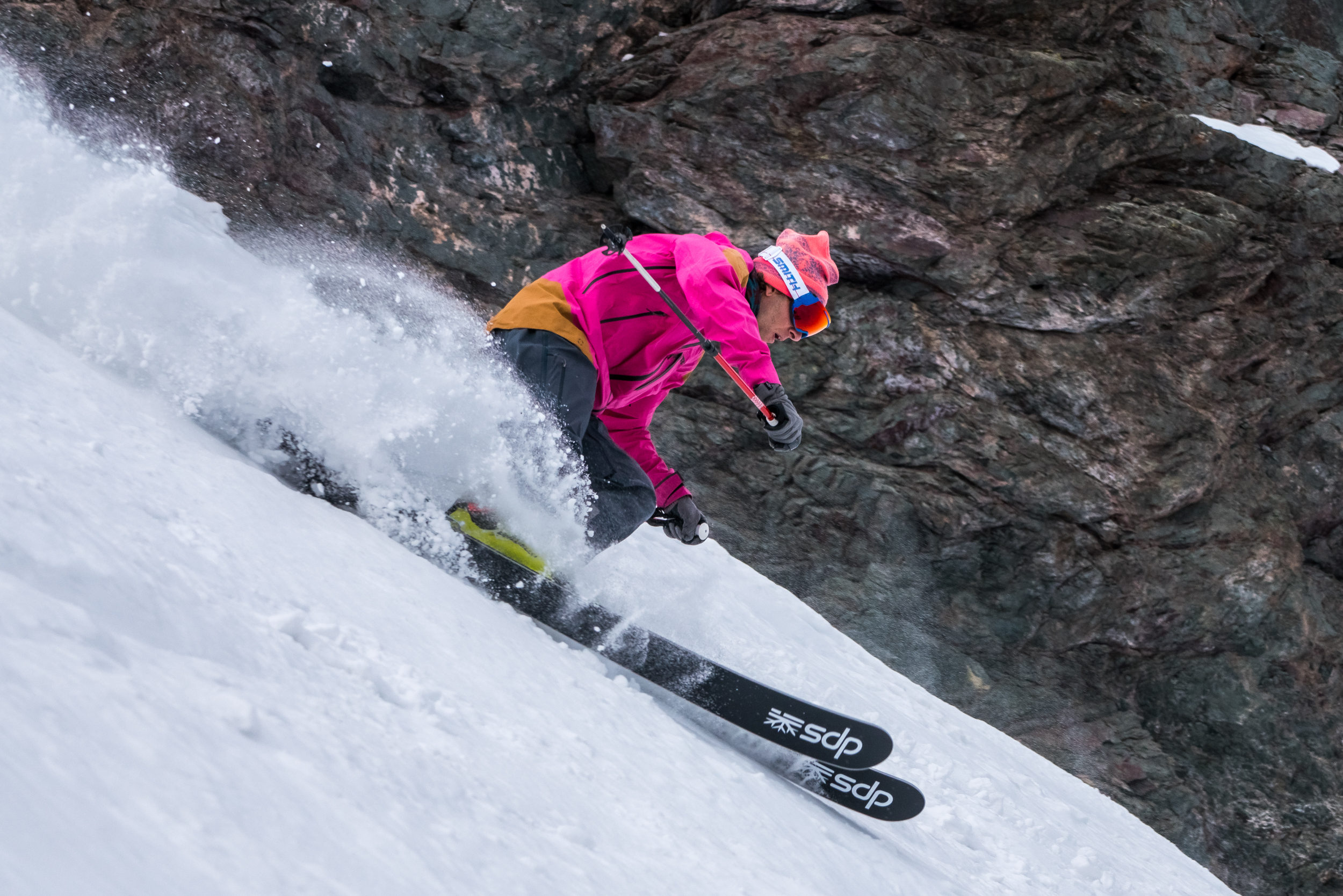 I’m afraid I’ve buried the lede, so let’s cut to the chase—I was skeptical of Phantom, but after skiing on it in Portillo for a week and this entire winter in North Lake Tahoe in a variety of snow and temperatures, I can report this shit absolutely works. It’s effing incredible and I’ll likely be applying the glide goo to my entire quiver of skis. It’s that good. I want to note DPS did not pay me to write that and there was no guarantee, much to Alex’s dismay, that I would write anything about the press trip.

With their second formula for Phantom now released, Phantom 2.0, DPS has partnered with several ski shops around the country for a quick, painless application (sun not required). In the time it takes to drop off and pick up a couple of tacos and a beer, your skis can have a consistent glide for years to come. Unless you trash your skis, in which case Phantom might not be for you. DPS says the glide lasts the life of your gear.

The base coating was a hit right off the bat with over 2,000 backers on Kickstarter contributing close to $300,000 to get the Phantom program off the ground. With a bit of refinement, the second formula, which I skied in Portillo all the way up to yesterday, has not seen any slow down in performance. You don’t necessarily notice Phantom, which is kind of the point. On the flats, you feel the full force of its awesome power. 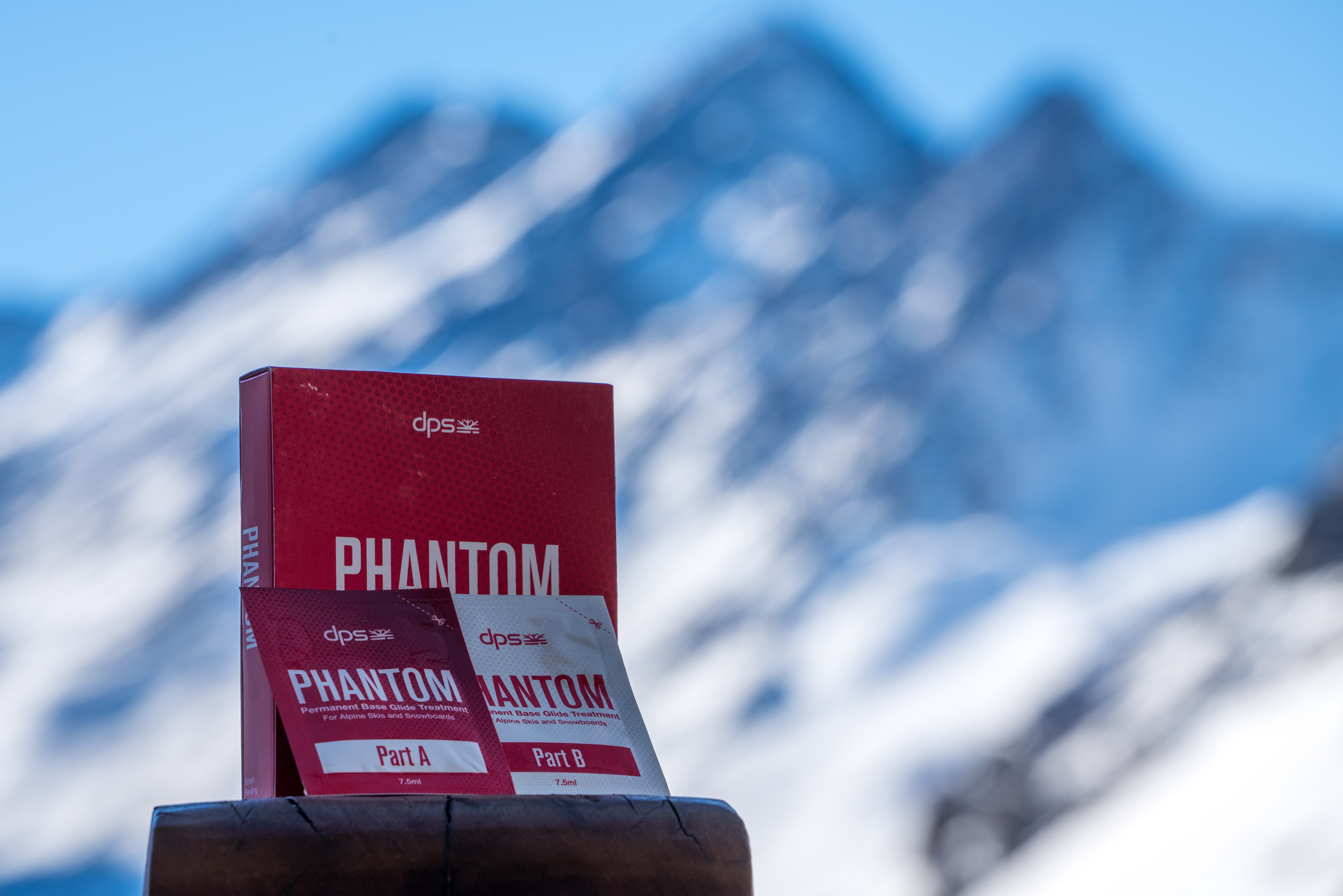 Anyone who’s skied anywhere for a couple of years knows the slow, flat spots requiring a skate on the mountain…unless you live in Jackson where I believe nothing is ever flat. Phantom gets me moving through those flats, which honestly is fucking weird the first time it happens. You cruise through it. Keeping speed becomes a fun game again.

I have heard another criticism of the application. Some say it’s ruined the tradition of waxing skis before a big a day. Honestly, you need to find a better tradition if that’s your biggest concern with this product. Maybe drink an evening beer and read a copy of our magazine instead. There’s an excellent story about a Florida Guy we met in Portillo on the press trip in issue four, also much to PR Alex’s dismay.

Skiers spend a good amount of time being skeptical about a lot of products and it isn’t hard to find haters. I’m certain there remain haters for Phantom. I call bullshit on them. Those dudes are inhaling fumes in their tune shed, keeping the tradition alive. Meanwhile, I haven’t waxed my skis once this season.