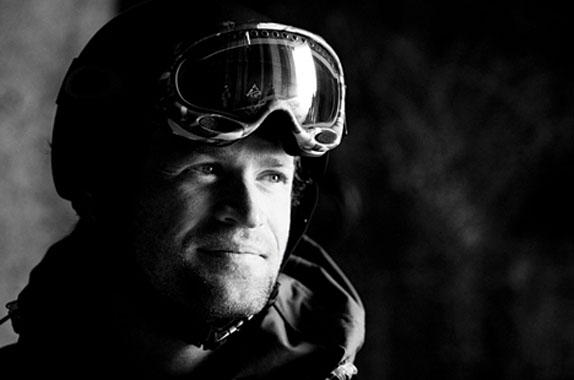 Shane was kind enough to give us his time and energy for a full-length interview: “All in The Family” by Emily Stifler in our second issue of TSKJ, #2.1. He spoke at length about his love for his daughter Ayla, a recent trip to Mexico, and changing the face of skiing with the likes of Kent Kreitler, Seth Morrison, and others. The profile that emerged was one of a man clearly committed to his art, to his family and to the culture of skiing. With his early advocacy of fat skis, pioneering the application of reverse camber for powder, and other design influences, Shane was always quick to demure his own contributions in this area. But it is clear, he changed the game.

I had the opportunity to sit not all that long ago with Franz Gabl, Austria’s first Olympic skiing medalist (silver in the downhill, St. Moritz, 1948), who, in his eighties, was still able to delight with stories of early ski area development in N. America — including working for a while with Shane’s father Jim, a legendary skier in his own right. But beyond the tales of World Cup competition, childhood contests in Bavaria, and training such notables as Tamara McKinney, he really lit up when he spoke of watching a recent Matchstick video. Beyond his own accomplishments, and great tales, he was most blown away with a recent screening of Shane’s contemporary skiing. To be able to connect someone like Franz, with that kind of line — from Europe’s pre-war ski culture, to early 1960’s-70’s “free” skiing, to today’s mindblowing descents — took a very, very unique individual. Shane was this and more. He will be very, very missed.

…When Shane moved to Squaw Valley in 1994, all he wanted to do was ski and to make money to make it possible. “We were the grassroots, the core — skiers like Kent Kreitler, Seth Morrison, Brant Moles, Brad Holmes, and Glen Plake,” he says. “We convinced the industry to support what we do, to market and promote it.” Shane’s star quickly rose after winning the U.S. National Freeskiing Championships in 1995. In ’96 he started the International Free Skiers Association (IFSA) because he felt the competitions deserved more respect from the industry. “With a starting gate at the top of a mountain and a finish line at the bottom,” he says, “you ski in a way that is all your own. It’s pure skiing.”

…But behind all the cameos and aliases, it is Shane’s passion for skiing that has propelled him into the limelight. Shane became to Generation X and Generation Y what Schmidt and Plake were to young skiers during the ‘80s: a cultural icon.

…I ask if he ever gets sick of being famous… “It’s a means to an end for me,” Shane says. “Being in movies gets me paid, and allows me to go all over the world. If you want to make a living as a professional skier, you have to be totally comfortable in front of the camera. It’s annoying sometimes, but all I want to do is go skiing and have the ultimate life I possibly can. I’ve always wanted to travel the world and do what I love.”

….”But the reality is with BASE jumping is the thrill I get – nothing comes close. I’ll never stop.”

….”It’s a tough balance. I’ve skied and BASE jumped a lot less this past year. That’s hard, but I get to hang out with this beautiful little girl, and that’s pretty addictive as well.”

Again, our hearts go out to all of skiing on this sad day. We encourage any and all to post their thoughts and remembrances of Shane here for others to enjoy.