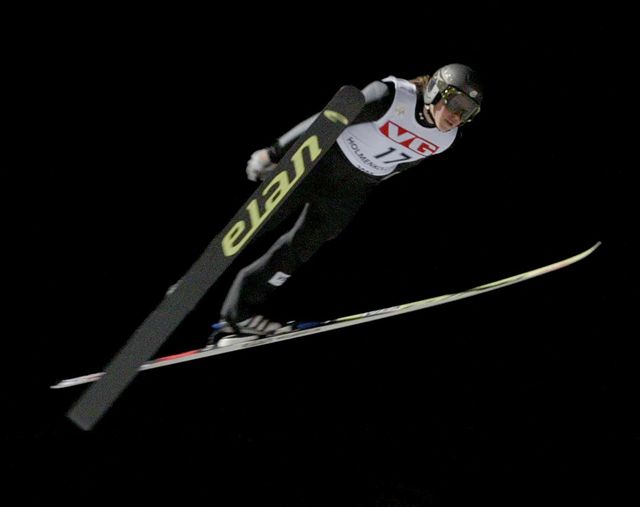 Park City, UT (August 7, 2009) – It’s been a string of disappointing news for the U.S. Women ski jumping team. The BC Supreme Court ruling that women ski jumpers would be excluded from the 2010 Winter Olympics along with the US Ski and Snowboard Association (USSA) decision to cut the teams funding left some questions about the team’s future.

Rather than sit back and watch as their program is scrapped, the team has taken matters into their own hands. They have organized the “Fight for Flight” fund raising event, which will be hosted on August 19 from 6:30 to 9:30 at the luxurious Huntsman Mountain Estate in Park City, Utah. The event, themed “Western Chic,” will feature a silent auction, gourmet food and cocktails, music by former alpine downhiller Bryon Friedman, and the chance to chat it up and mingle with the team. Tickets are priced at $200 each, are considered a charitable contribution and are available via the Women’s Ski Jumping USA (WSJUSA) website.

The May decision to cut funding was based on budget limitations as well as the teams unofficial status as part of the Olympic program. While proceeds from the “Fight for Flight” will be directed towards the $150,000 necessary to keep the team happily airborne, the event is also meant to raise awareness of the women ski jumpers struggle for inclusion in the 2010 Olympics. According to the WSJUSA:

“Ski jumping is the only event in the Winter Olympics that does not allow women to compete.The exclusion of women ski jumpers has developed into a global fight for human rights and equality for women in sport. The U.S. women’s team recently lost all of its funding in budget cuts. This important benefit celebrates these strong and talented young women who are now fighting to keep their program alive.”

For mor on the fight to get female ski jumpers in the Olympics, see the feature article in Issue 2.4.