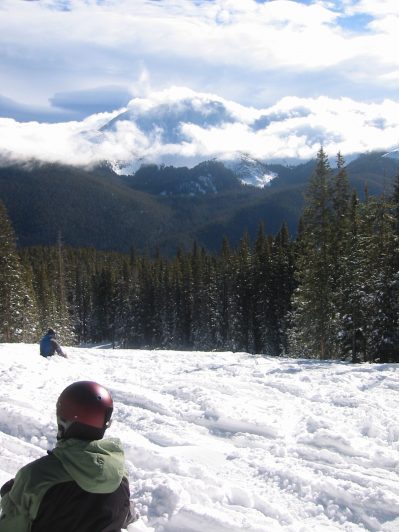 Chevalier nodded at the peaks just West of us with a telling grin;

In a word the rush came on- that mystical autumnal hue of melancholy that accompanies the cold west wind and all that it entails, a swirl of decayed yellow meeting the green grass at our feet, the cup of coffee held firmly between both hands.

The seasons hold different olfactory flavors, subtle contexts of feeling that we recognize only while in their midsts. Think back to the spring time; chances are you were one of the few who said to yourself “I’m glad that summer is coming.” If you didn’t actually mutter those damned words, you probably at least thought them. I know this, because I have been guilty of said fallacy in my own past lives. It comes with each season- the cumulative memories, good and bad, that encourage you to become overwhelmed with the present, the here and now, the associated seasonal love affairs and increasingly late sunsets.

It only took a second, however, for a deep brooding loneliness to surface from somewhere just east of my spleen, a foot north of my newly repaired ACL. Lenticular clouds are the internal almanac’s clue that something is happening- something fantastic, something cold, something white- above and beyond our current elevation. Myself a child of Colorado’s front range, there has long been a correlation with a stiff breeze (read: greater than 40 miles per hour) and a downpour of substance: fresh. Chevalier was dead-on with his cheesy grin- something beautiful was happening some 4000 feet higher.

Surfers are often credited with their acute knowledge and cult-like devotion to weather patterns, their entire livelihood often hinging on a hopeful offshore, a deep-sea swell, even the cycle of the moon. Often less credited is the same acuity possessed by snow riders the world over. While the Inuit are often attributed with an obscene number of words describing snow, Chevalier and I now unleash our own seasonal meteorological jargon: upslopes, lows, corn, champagne, northerlies, pineapples, cold fronts, El Nino… even “the child” bears to our land-locked highlands a ferocity reflected accurately in the aforementioned breeze. Not to mention the shelved lore from months past; P-tex and diamond files, fall lines and chutes, mushroom patches and couloirs, white magic.

The wind is known to elicit fears in many, especially transplants. This is fine. For those in the know, a release is waged with the westerlies, the internal clock’s alarm signals. For riders of snow, home exists on a white canvas laid gently from above. This translates as a gentle whisper, an awakening of the excitement for the only season that matters. Ski season is a precious and fleeting gem; it is in its brevity that we come to fall in love anew each fall. Ski season never progresses past the honeymoon stage- it is a burning love, too brief to grow stale. Each season we must grow reacquainted with our old haunts, our favorite run, the spacing of the glades, the terrain underfoot. A new love interest may sway our desires, epitomized by the trees blown horizontal to us by the increasing breeze, and the redness of our noses.

The wind begs to differ with the previous blasphemous praise of spring. My own soul howls similarly in the ongoing effort to escape higher, ever windward, into the fresh. Lenticular clouds signal a thump, thump, thumping deep in my chest. It’s time for that seasonal love to begin again, and the honeymoon has never been breezier.