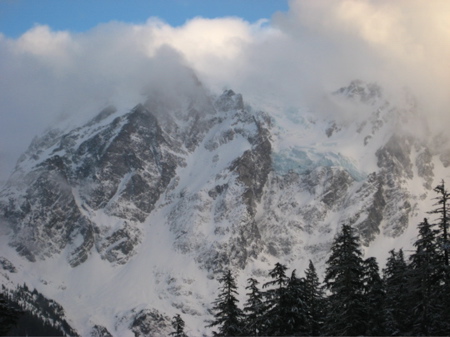 Cliches run rampant in the business of skiers communicating their connection with the mountains. Partly because love of skiing is simple. Secondly it makes a lot of us feel the same emotions. But some skiers have the uncanny ability to describe the mountains and skiing in the exact way the rest of us have tried with the words not available. “A Life Ascending” utilizes the voice of Swiss mountain guide, Ruedi Beglinger, as he weaves the story of his life into collective captivation with the mountain lifestyle.

Ruedi Beglinger is a professional member of the Swiss, Canadian, and International Mountain Guide Associations. His resume lists several mountaineering, alpine rock, sport climbing, and ice climbing first ascents. He was also involved in the avalanche that killed pro snowboarder Craig Kelly and six others. Beglinger’s experiences in the mountains, both positive and negative, offer an important perspective to ski bums, athletes, weekend warriors, and other specimens enamored with mountains and snow.

“A Life Ascending” follows Ruedi and his family while dealing with the repercussions and realizations of the deadly slide near Revelstoke, British Columbia. Living on a remote glacier in the Selkirks of British Columbia with his wife and two daughters, Ruedi makes daily affirmations about his choice to remain in a sometimes hostile environment. As he says, “Regardless of how much you know, you cannot make the mountains safe.”

But regardless of the risk, Ruedi, along with so many other skiers and mountaineers, remains dependent on the energy he receives from the mountains: “I believe mountains have energy in them which gets passed on to us as we travel in them.”

Check out the trailer and the site for “A Life Ascending.” Enjoy.