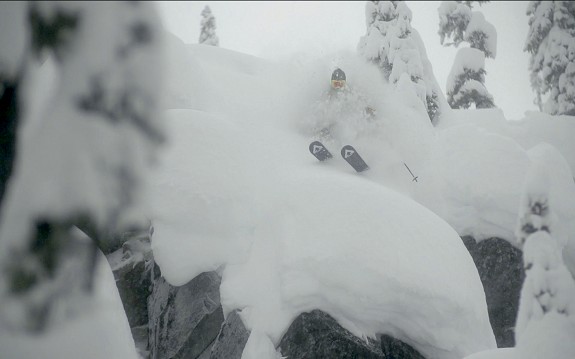 From the Olympics to countless film segments, Whistler Blackcomb is one of the most visible–and polished–locales in skiing. This is well-deserved; with insane amounts of snow and equally mind-blowing terrain, it is the perfect training ground for some of the world’s best skiers. But there is an underside to Whistler, a lot dirtier and a lot more epic.

Enter Under the Weather, a webisode series documenting the Whistler scene as it appears to those that live, breathe and ride the area’s plentiful pow stashes. With 12 episodes dropping throughout the season, featuring the incredible talents of Nick McNutt, Eliel Hindert, Jordan Clarke, Flo Goeller and Andreas Unterberger and shot in the terrain surrounding Whistler, Under the Weather is sure to want to make you move north, learn Canadian and start playing hockey. Sounds fun, eh?