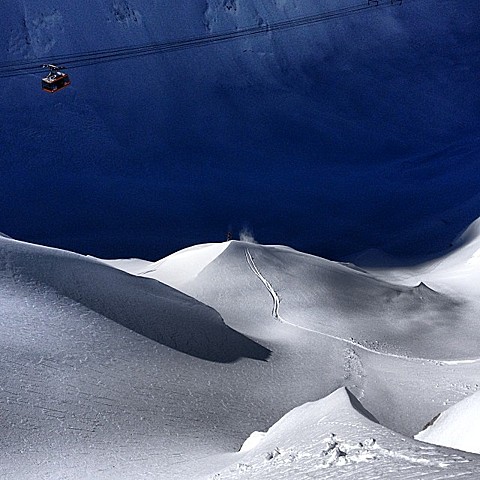 Colter Hinchliffe and the TGR crew arrived in Italy’s Julian Alps in the middle of a 100-year storm, with over eight meters of snow since the beginning of January. The crew of athletes, cinematographers and photographers headed towards Sella Nevea, their home for multiple weeks of Italian pow.

With the town (and some lifts) buried, the crew finagles their own private tram during a rare clear day and lap the surrounding terrain. For more pictures check out Colter Hinchliffe’s full report at TGR.