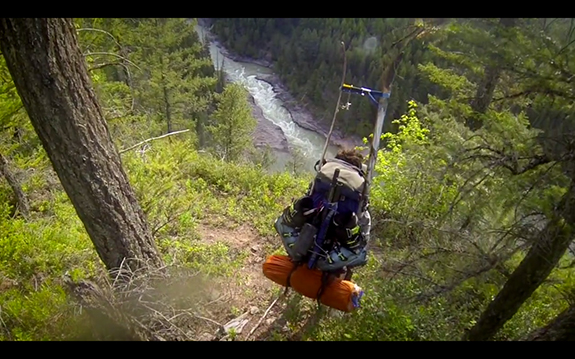 Montana is one of the wildest areas left in the country and just like so many other places throughout the United States, there is a topical debate over what should be done with the wilderness that exist. To preserve the ever-fleeting untouched areas, conversationists plead to protect and expand the boundaries of what is considered wilderness. And on the opposite side, economist and mechanized recreational enthusiast push for land to be fully accessible by the public. Preservationists are also joining the conversation wanting to safeguard the land from any human use, arguing that human interaction with the land seriously jeopardizes the ecosystems in those areas.

In Land of No Use, backcountry skiers probe into the debate while treading lightly in the roadless areas of Montana. Politicians, Native Americans, conservationists, recreational enthusiasts, economists and others join in on the discussion and give their opinions on what to make of the primitive lands. Land of No Use makes use of the vastness and beauty of the state named for its mountains, and gives an in depth look into what importance the land has for the being that inhabit it, and people who enjoy it.