He’s spent the last three winters skiing all over North America as an 686 and Lib Tech athlete, but his roots as a farm kid from Northern Michigan still win out every spring, when he goes back home to pick cherries and press cider at his family’s orchard.

So, when he decided to make his own ski film, it couldn’t just be skiing. After all, that would only tell a piece of the story.

His new short film, “Feast or Famine,” is a balancing act of his passions and his purpose—an ode to his farming roots and a showcase of his life skiing, freshwater surfing, and fighting for the lakes and mountains that sustain it all.

King rocks shoulder-length, curly hair, a huge smile, and a contagiously kinetic energy. That energy is obvious in his skiing—whether he’s popping threes off pillows or skiing steep lines in Pemberton, B.C., there’s an undeniable playfulness to the way he operates. “Feast or Famine” captures that, but extends far beyond the stoke. 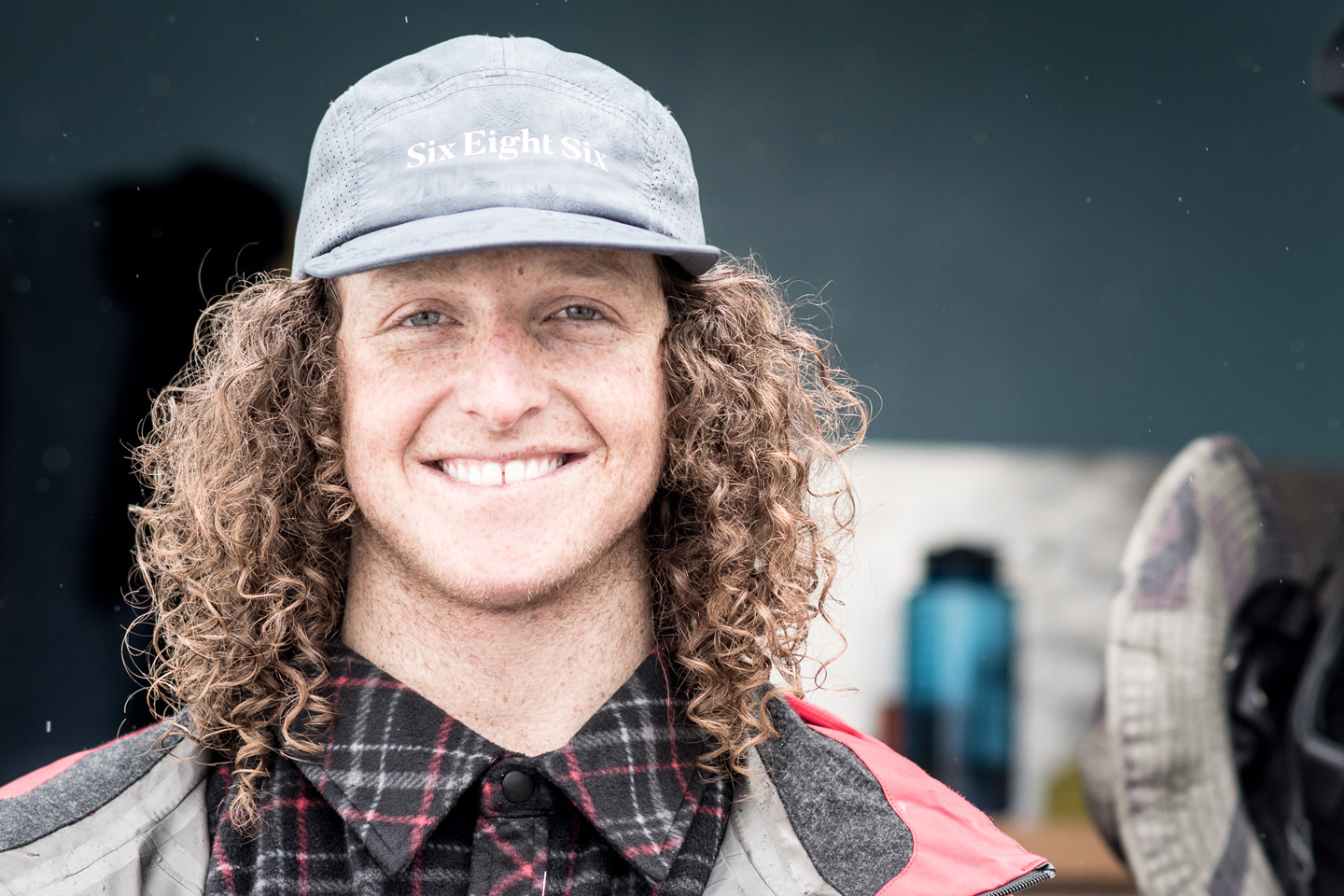 ABOVE Mike King supplements his skiing with a healthy diet of cherry picking and Lake Michigan surfing. Photo: Colin Wiseman

“There are a lot of amazing films that inspired me, people who have gone out to tell their stories and stand up for the environment,” he said. “When you see so many nonstop ski videos—I mean, you can see the best skiing that’s ever been done on Instagram—it’s overwhelming, and it made me feel like there needed to be something with some substance and story.”

Coedited by King and Spencer Milbocker, the film provides on all fronts: big lines in King’s trademark powerful-yet-playful style, interlaced with surf shots and old home videos of him ski racing and roller blading in the driveway next to the farmhouse. Showcasing his home state’s beauty seems to be a big objective of the film, and it transitions neatly into the core of his message: conservation and advocacy for the lakes and mountains he calls home.

“The main goal really was to inspire people to care about the areas that we recreate in, the areas where we get our food from,” he said. “I just talked about the things that are closest to me in my life, so hopefully it inspires [skiers] to look around and see what’s closest to them.”