In 1984, Warren Miller recruited Brian McKay and two friends to shoot a California segment for his upcoming film, Ski Country. During their two-minute part, the trio displayed all the hallmarks of a mid-1980s Warren Miller film: tight pants, spread eagles and synthesizer riffs, all set to Miller’s wry narration.

The background, however, wasn’t snowy mountains. It was the Golden Gate Bridge, and McKay and his buddies were shredding grass in the heat of a San Francisco summer. They ripped through forests, threw daffies off cliffs, and bashed gates, throwing up dust and chunks of sod in place of powder clouds.

For the casual viewer, it seems more novelty than anything serious. But even then, grass skiing was a legitimate FIS-recognized discipline, like moguls or slalom racing. While the 1984 segment marked the height of grass skiing in the United States, the strange sub-sport retains a healthy following in Western Europe. Grass skiing’s terrain and weather requirements being substantially less than its winter counterpart, it’s even found a home in countries such as Japan and Iran (which won the 2015 Grass Ski World Cup as a team), where year-round glaciers are absent, but soft, verdant slopes plentiful. With an international fan base and multiple companies building and improving grass-skiing equipment every year, it’s established a thriving—if slightly peculiar—following.

Watching a modern grass-ski race is nearly as odd in its unfamiliarity as it is in its similarities to its winter counterpart; courses are set and timed the same, and from the boots up the gear is almost identical. Even the technique is nearly the same as with alpine. However, the differences that do exist are obvious: the green grass, the brown dust and the “skis” themselves, which resemble a cross between inline skates and bulldozer treads.

“They are like little tanks,” says Martin Štepánek, a champion World Cup grass skier from the Czech Republic. Štepánek is also owner and founder of GRASSKI.net, one of a handful of grass ski manufacturers. His comparison is quite literal, as the “skis” are essentially plastic tracks, from 60 to 90 centimeters long, with thin plastic shields protecting the internal workings from grass and dirt buildup. The skier secures their boots—usually the stiffest possible, as plastic softens in the heat—via toe and heel bails before bombing down their intended line. 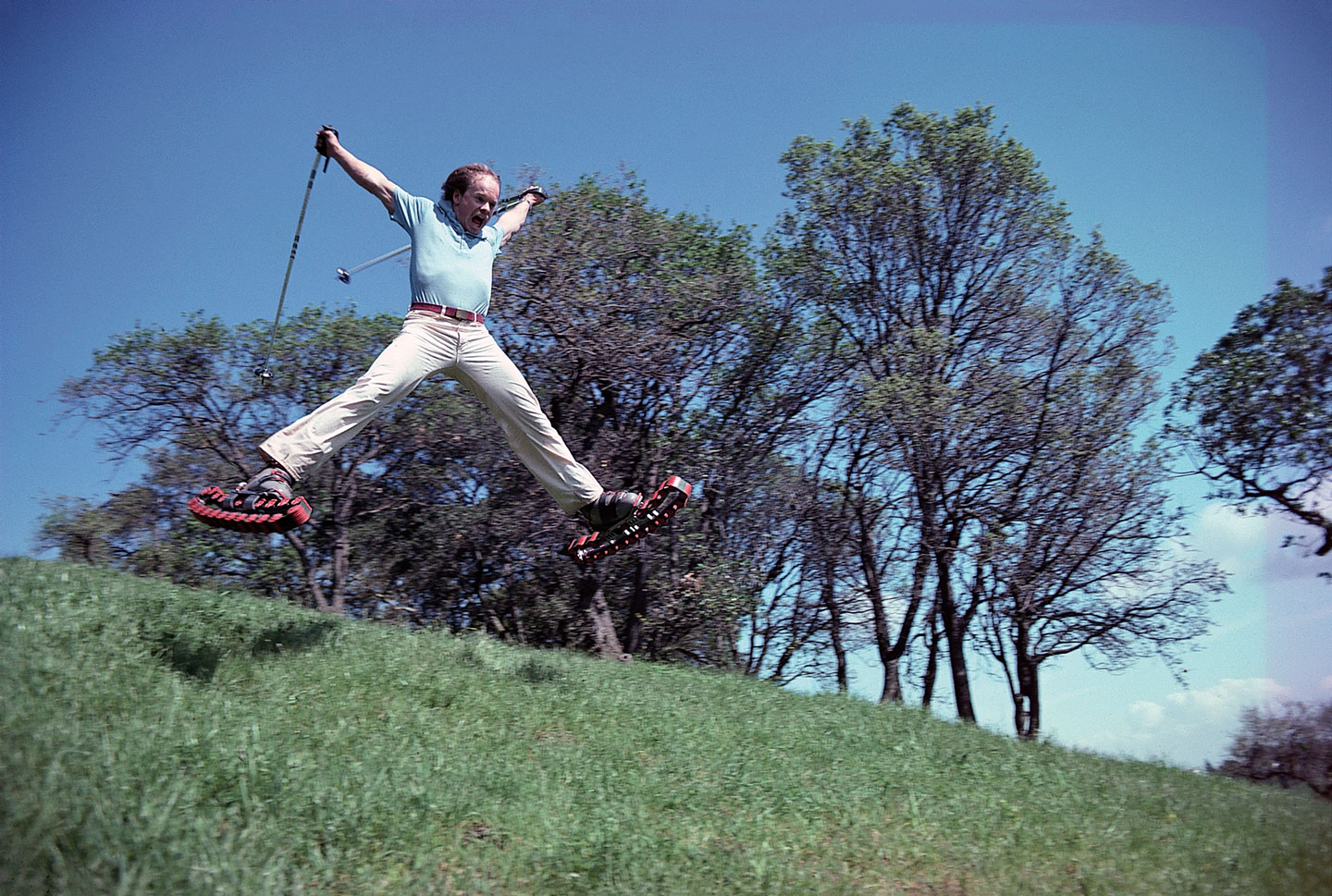 If that sounds a little complicated, it is. Invented in 1963 by Josef Kaiser, the average pair of grass skis consists of 192 rolls and some 1,500 individual pieces. They come in multiple sizes, depending on the discipline—race skis longer for giant slalom, or shorter for slalom. There are also recreational and endurance models, the former of which can be used “off-piste” in tall unmanicured grass or uneven terrain. They’re the choice for those using their grass skis in collaboration with a kite (yes, it’s possible to make grassskiing even more niche.)

This is perhaps the biggest downfall of grass skis, particularly in the United States. The skis are made to be carved, and so snow-plowing and hockey-stopping aren’t possible, meaning options for stopping are limited to falling or running out of momentum at the bottom of the hill. While the discipline has been in the United States since 1966, when Horst Locher brought the sport to Bryce Mountain Resort, VA, the steeper, less-groomed pistes that make North American slopes so fun in the winter are brutal for grass skiing.

Grass Skiing did enjoy a brief surge of popularity in the late ’70s and ’80s, however, and during those glory years, McKay and a small tribe in California’s Bay Area took to it completely. The group would rent grass skis at a ski shop in Santa Cruz, using dirt bikes to shuttle laps on the hills outside San Francisco. After a few summers they were good enough to compete on the international stage, first in the World Cup Grass Skiing Qualifier in San Diego, and then the Grass Ski World Cup in Sydney, Australia with the U.S. Grass Skiing team.

“The Americans didn’t have uniforms or anything, so we were kind of a joke,” he says. “The other teams had coaches, and I’m pretty sure the Swiss team even had a chef.”

That limited success was short-lived. The U.S. Grass Skiing Team attended its last World Cup in 1993, and Bryce Mountain shut down its rentals and lessons in 2014, citing lack of revenue and the rapid growth of its mountain biking program. But it still has a core group of followers, and Heidi Pfister, chairperson of the International Grass Ski Committee, has hopes of the discipline reigniting in the United States.

“There was a lot of hype in for about 20 years, and then numbers went down,” she says. “So now we are starting to rebuild and get those numbers up again.” 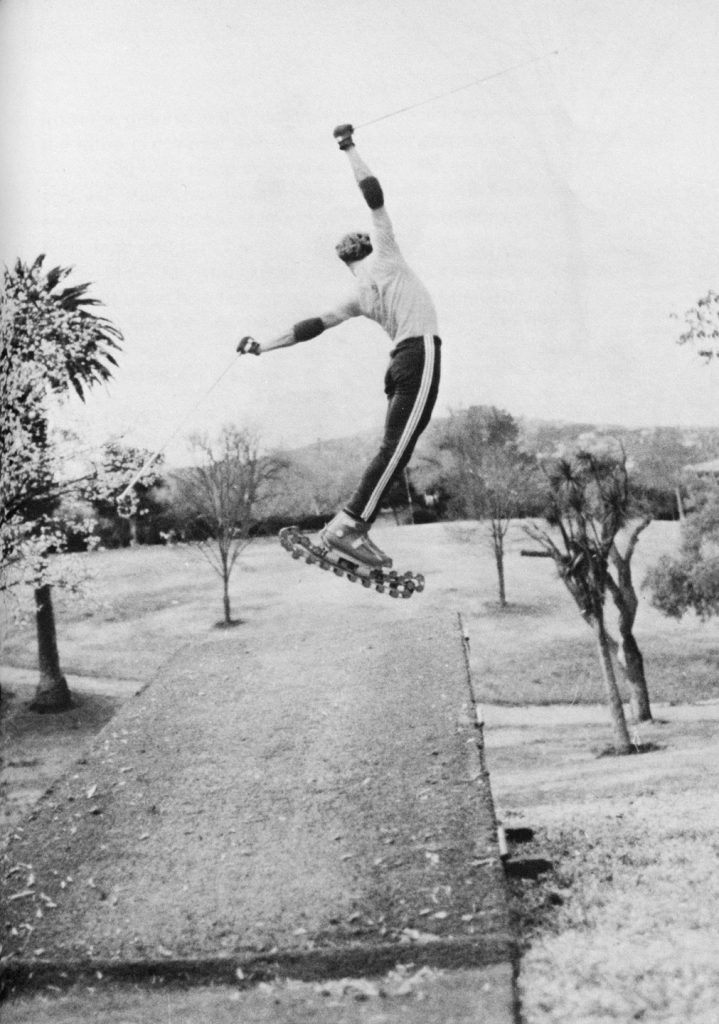 Nonetheless, grass skiing continues to thrive in Europe, the Middle East and parts of Asia, with ski schools and races on the rise and the culture as strong as ever. With glaciers melting and winters shortening, Štepánek sees grass skiing becoming even more necessary for skiers wanting to train during the summer months, especially for those not wanting to travel long distances for summer snow.

For his part, McKay continues to promote the sport stateside. He owns six pairs of grass skis, which he regularly lends to younger guys who “bounce better,” and who, he says, learn more in a week than he could in a year.

But regardless of some potential grass-ski renaissance or the seeming obscurity of the sport, the root of it remains simple enough: Desperately finding turns between ski seasons, by whatever means necessary, even if it costs a few grass stains along the way.

As for the “on-grass” factor, once you get past the medium, the pickiness about topography and weather isn’t far from alpine skiing either. In grass skiing, ideal conditions are lush, well-manicured slopes.

“It has to be soft, with lots of moisture in the grass,” Štepánek says. “Such slopes are mostly in Switzerland, where it’s like you’re [skiing] on a mushroom.”

The now 54-year-old McKay, who lives in Medford, OR, has a more definitive example. And, despite the sunny skies from the Warren Miller movie, the warmest months aren’t necessarily ideal.

“Golf courses are the best—every time I see one, I want to ski it,” he says. “It’s a spring and fall sport. The ground is baked hard in the summer, making it like skiing on ice; your skis chatter and slide, and when you’re sliding, you’re usually out of control.”

This article first appeared in The Ski Journal Issue 12.1.