You know it’s going to be a good day when Steve Kloepzig gets excited. The booming lead guide at Island Lake Catskiing is a study in stoicism—observant and even-keeled, even when delivering his signature one-liners. Kloepzig can account for nearly every one of the operation’s 5000 skiable acres (on 7000 acres of privately-held land). In fact, he’s hand-trimmed most of them. Navigating the woods above the iconic ski town of Fernie, B.C., Kloepzig and his falling crew spend most of their summer cutting and trimming their winter playground. Today though, he’s visibly basking in his handiwork.

“I just love watching you guys ski this stuff,” he beams, his smile stretching well past his iced-over goatee. “This is special.”

We didn’t need Kloepzig’s mid-mountain affirmation to ignite a collective buzz. A group of skiers and snowboarders from all around North America, we’d flown, carpooled, and rent-a-carred our way up to interior B.C. for The Ski Journal Week 2020, chasing some of the best snow on Earth out of one of skiing’s most iconic destinations, Island Lake Lodge. Just one run through the perfectly-spaced trees at Island Lake had turned decade-long dreams into a singular, bottomless reality. 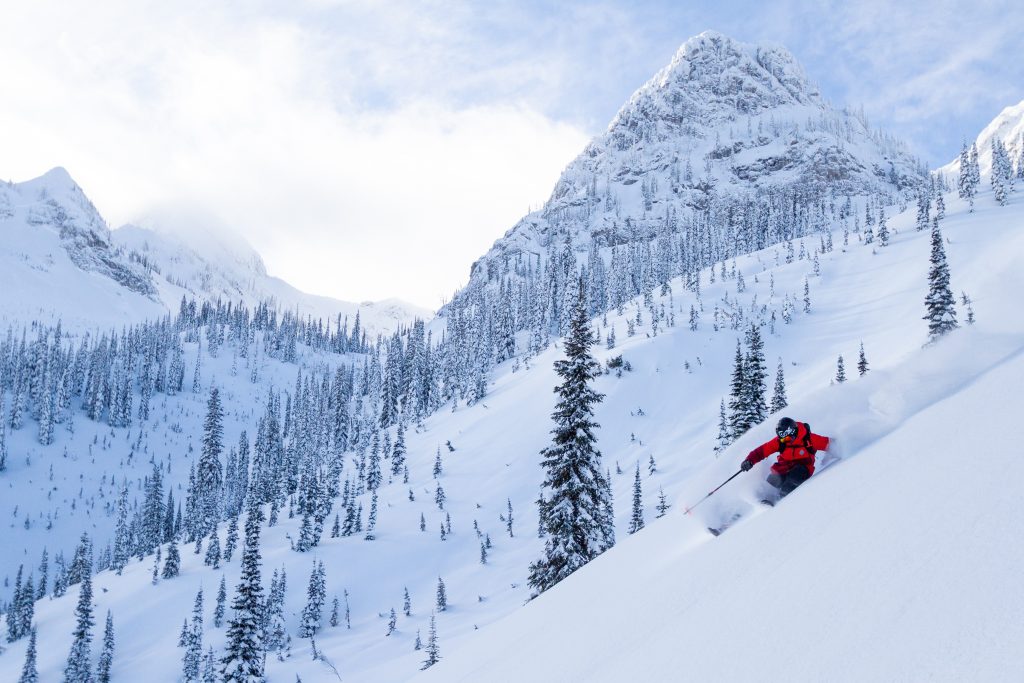 Days before, the trip had seemed sketchy at best, as January high pressure and warm temperatures had threatened to erode interior B.C.’s dwindling early season snowpack. Yet, by the time we rolled into the parking lot for cat pickup, those doubts had been buried under close to 50 centimeters of snow, with 75 more forecasted over the next three days.

Exiting the snow cats, the previous tour looked like a group of schoolkids forced to leave summer camp a week early. One woman said she tried to bribe the staff to let her stay an extra tour. Loading up, we knew we’d hit it just right.

Over its 31-year history, Island Lake Lodge and its catskiing operation has grown from one cat and a single lodge building to a fleet of snow cats and three lodges, including a world-class restaurant, bar, game room, and trio of outdoor saunas. Yet, with the picturesque folds of the Lizard Range as its stomping grounds, the soul of Island Lake Catskiing is forged from deep powder skiing.

That’s what brought snow sport legends like Craig Kelly and Scot Schmidt up to B.C. in the late 80s and early 90s, and what eventually convinced the pair and a group of investors to purchase the operation outright in 1995. Though Kelly and Schmidt are no longer part of the team at Island Lake, the full-service ski destination has kept that same powder pioneering spirit, led in great part by terrain masters like Kloepzig.

With the storm total growing by the run, Kloepzig and his tail guide Melissa steer us clear of the rising avalanche danger, pointing us into old growth trees and out of troublesome gullies and rollovers. On a day that likely could have been cut short due to touchy conditions (read: remote triggers hundreds of feet above us), Kloepzig steers us through shots with names like “Shred Daddy” and “Little Woody”, knowledgeably pointing out the hazards of each run, so often clouded by the euphoria of powder skiing.

It’s the kind of terrain management that makes the après Pilsners taste even better. After all, with two more days of the same on the docket, there would be no shortage of deep turns.

After another storm day, followed up by a tantalizing surf and turf dinner and a few rowdy rounds of Around the World on the ping pong table (if you know, you know), Ullr had one last surprise for Kloepzig and our crew of powder pilgrims. We woke up our last day to bluebird skies and cold temps, the icing on a cake that just kept getting better. Under the watchful gaze of the peaks of the Three Bears, we party-lapped open bowls and giggled at our good fortune north of the border. Individually, we’d all had our share of “best days ever,” but, with Kloepzig’s baritone still echoing in our heads, this was something else entirely. This was special. 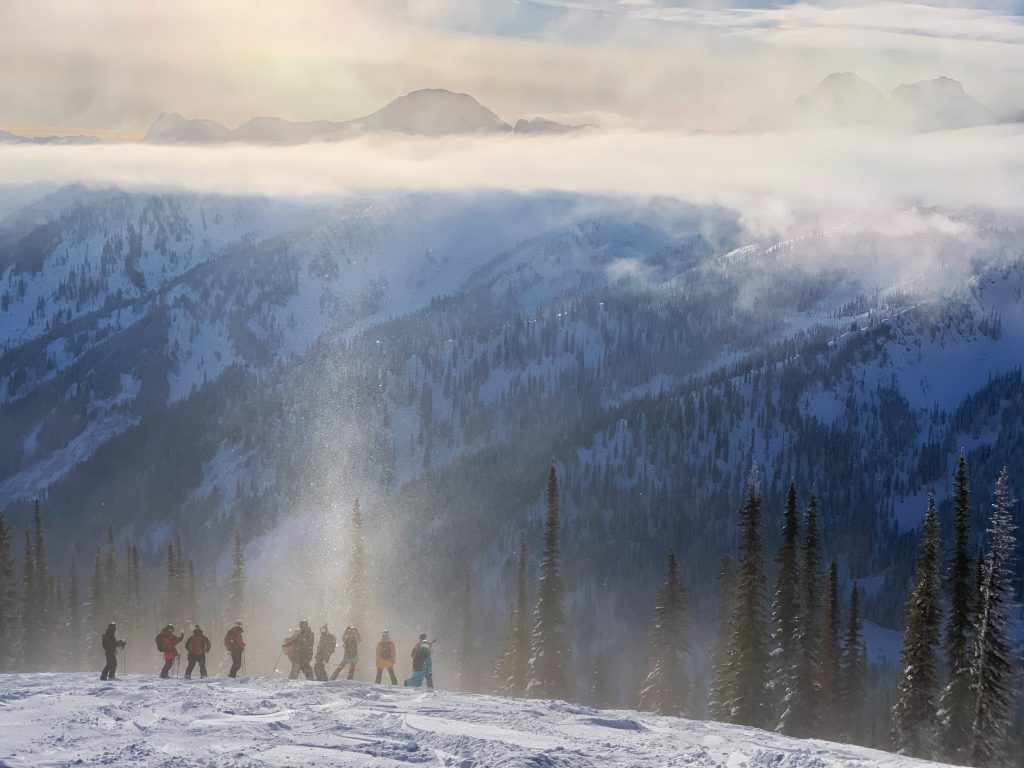 While the skiing and lodging experience at Island Lake Lodge are truly second to none, TSKJ Week 2020 wouldn’t have been the same without Adrian. Every year, we bring along a subscriber, chosen at random from our list of snow junkies, and every year that skier kicks our trip up a notch and a half. This year, Adrian Kostrubiak, our resident Vermonter, wore that Big Winner hat proudly, ripping through tree lines and reminding us how damn lucky we are to spend our days in the mountains. TSKJ knows that we have some of the best subscribers out there, but skiing alongside them is welcome confirmation. Thanks for the turns, Adrian, Steve, and the Island Lake crew. Keep it deep.

A special thanks to Mike Mcphee, Steve, Melissa, and the whole crew at Island Lake Catskiing for an unforgettable trip. And to the everyone who attended, thanks for keeping the fire lit.