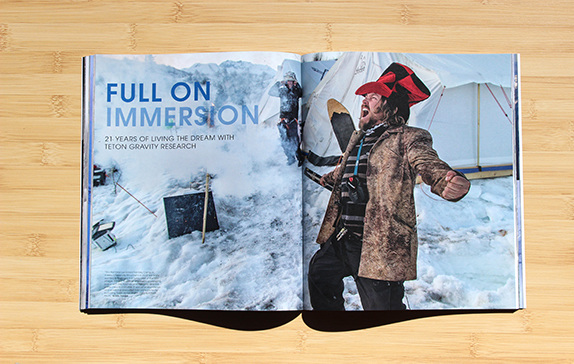 The lights flip on as the film ends, and the young editor turns to us expectantly. Todd Jones is silent for a moment. His notes are mostly doodles, but he’s been paying attention.

We’re in the mini theater that makes up the core of the Teton Gravity Research building in the tiny town of Wilson, WY. Todd’s brother Steve, whose notes are meticulous, is also there. The brothers are both co-owners of the media company, which they started in 1995 along with Dirk Collins and Corey Gavitt, and has now put out 39 films…