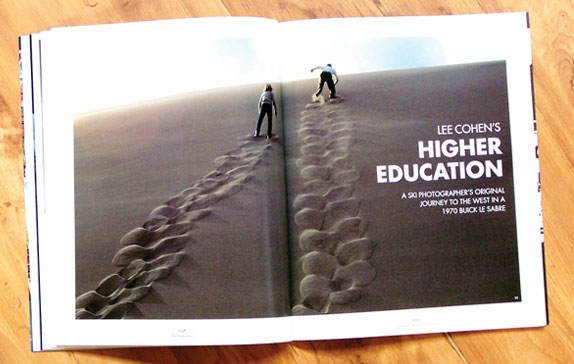 In 1977, Lee Cohen quit college, climbed into his Buick Le Sabre and drove west. From Yellowstone to Denver, he slept in the car and survived on odd jobs and meager provisions through the winter—and began a love affair with Alta, Ut., which persists to this day.I was lucky enough to have a dad who was a skier. Of sorts. He skied in New York and southern Vermont in the 1940s. Back then it was the Adirondacks and Bromley. Mt. Snow and Stowe. By the time I came on the scene there was Belleayre and Hunter and Killington and Stratton.I loved it. At first my dad took me to this little place called Silvermine not far from New York City. I was five or six, and the first thing he taught me was to side-step up a little hill and go straight down. I remember having to go to the bathroom badly and holding it in. And falling off the T-bar and getting slammed in the head by a T going downhill, while adults went by not offering to help. I gathered my gear and kicked steps into ice. By the time I topped out I was nearly in tears, but I won the battle and felt triumphant. Ah yes, the early lessons of life… Subscribe to see the entire piece.