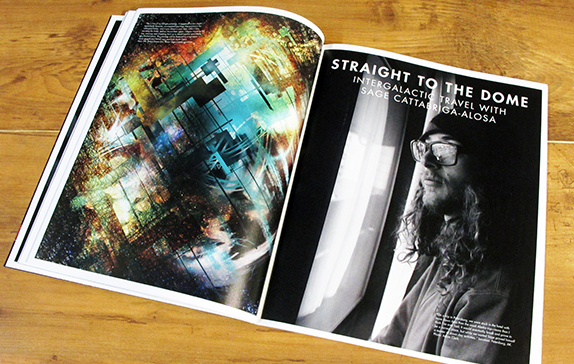 Sage Cattabriga-Alosa is one of the best skiers alive—a natural athlete whose skill has drawn extraterrestrial comparisons. From his dynamic and creative art to his reputation as the master of AK down days, Sage emanates creativity, imagination and perpetual movement in a way that is quite possibly otherworldly. The innovative instinct of Sage Cattabriga-Alosa.

One currently fashionable way to describe a skier as talented as Sage Cattabriga-Alosa invokes the extraterrestrial—as in, “Sage? He’s an alien.” While this may in fact be true pending DNA testing, the comparison is a cop-out. It is tempting and comforting to explain someone’s exceptional ability by saying they have something no one else does, an innate and genetic possession of “it,” because that lets everyone else off the hook. But this also implies a lack of effort on Sage’s part, as if he just materialized out of the womb with his infamous snarl of hair and perfectly-styled tricks.

Yes, Sage’s natural abilities are famously above-average, but it’s his teeming energy and outsized motivational drive that continue to propel his skiing and creativity to stratospheric levels. It’s a perpetual movement that spills over into all the varied aspects of an artistic, quirky and humble existence—there’s more to this alien than just stars and spaceships…