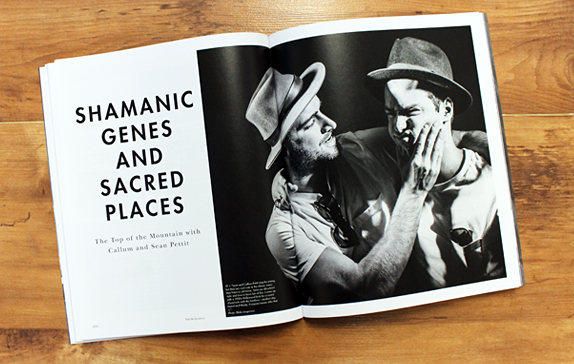 There have been many brotherly duos in the ski world, but none have made a bigger impression at such young ages than Sean and Callum Pettit. Sponsored in their teens and all-stars by their early 20s, the two have been lumped together since their mother first moved them west to Whistler, BC in 1999. Despite a fierce friendship and seemingly shamanistic talent, the brothers have found entirely different paths to the top of the mountain.

When Callum and Sean Pettit were very young, their mother Deb Hillary recalls the regular ritual of removing them from the tiny resort of Camp Fortune, outside their native Chelsea, Quebec. The lights would already be off. Everyone else would have gone home. But the two boys—ages 6 and 4, respectively—were so distraught about leaving their favorite place that Hillary had to grab them by their arms and physically drag them to the car, kicking and wailing like she had confiscated their favorite toy. Among the many memories that stand out when you are the mother of two professional skiers, this may be the most indicative of what was to come for the Pettits.